Shiro Akodo (L13), in the Ken-ryu province, [1] also known as Loyalty Castle, was the home of the Akodo.

On the foundation stone of the Akodo Palace was carved the words the Kami Shinjo spoke out for her brother. "Akodo is not practicing the Art of War, but defending the Art of Peace." [2] Shiro Akodo lacked the creature comforts of most ancestral estates. The chambers within the large castle were only furnished to an extent that was appropriate for any guests that might visit the Akodo. [3]

Shiro Akodo was the centre of tactical coordination for the Imperial City Toshi Ranbo and the Lion-Crane border. [4] This area was once claimed by the Lion, but was lost to the Crane. [5]

Akodo castle was not what it once was. The daring and glorious acts of the Matsu family eclipsed the history of the Akodo. [6]

It was nearly abandoned after the Scorpion Coup in 1123, when the Akodo family was disbanded. It was known that the revered sensei Akodo Kage lived there. When he was granted his dispensation, he begged the Emperor to let the ancestral home of the Akodo kept its name, and plea was granted. [7] In 1127 the corpse of Kage was found, and Shiro Akodo was burned shortly thereafter as part of the sensei's last wishes. [8] Its ruins was the point selected by Kitsu Motso to rally the leaderless Lion Clan after the death of Matsu Tsuko. [9]

It was re-opened after the Battle of Oblivion's Gate in 1133. It ranked among the greatest of the Lion fortresses. The Akodo were not keen on creature comforts, and most visitors would find the castl[e stark. [10] The new Akodo Daimyo, Akodo Ginawa, ordered to remove all adornments until the Akodo could fill the castle once more with the trappings of their victories. [3]

The Akodo rarely hosted guests at Shiro Akodo, and the massive structure was almost wholly free of decoration, except for the captured banners and other trappings of great Lion victories. [11]

The castle traditionally housed the Empires most favourite Go tournament. [14]

Estates of the Bastard Edit

In 1155 the ronin Kaneka was revealed as the son of the Emperor Toturi I. A estate at Shiro Akodo was given to him after he swore fealty to the Lion as Akodo Kaneka, consisting of a large personal residence, and a small parcel of farmland. [3]

Ancestral Home of the Lion Edit 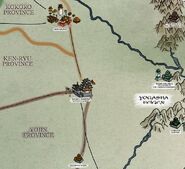 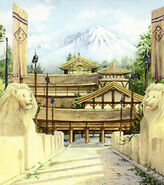 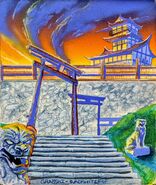 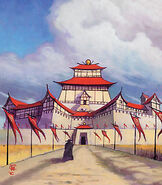 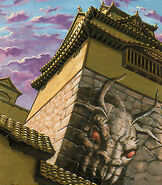 Walls
Add a photo to this gallery 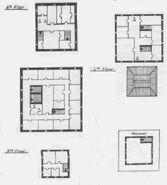 Shiro Akodo upper floors
Add a photo to this gallery

Shiro Akodo Tenshukaku and Yagura
Add a photo to this gallery

Retrieved from "https://l5r.fandom.com/wiki/Shiro_Akodo?oldid=265398"
Community content is available under CC-BY-SA unless otherwise noted.