The Doji family Palace (CN6), also called the Esteemed House of the Crane, [1] was the capital of the Crane Clan.

Located in the Kazenmuketsu province [2] Kyuden Doji was ten-story castle surrounded by vast gardens. It perched atop a high coastal plateau, [3] a high cliff overlooking Yakamo's Heart. It covered acres of land and filled with several large market places, [4] rock gardens, dozens of shrines and vast flocks of cranes. Only the Imperial Palace was more luxurious. Diplomats and nobility form all of Rokugan came to engage in politics here, but also to marvel at the magnificent surroundings. [5] The palace was one of the three most extravagant fami­ly palaces in the Empire (the other two being Kyuden Bayushi and Kyuden Gotei). [6] It was never built with military defense in mind, and it was surrounded by a low wall. [7]

The tremendous walls of Kyuden Doji rose from the sheer cliffside over one of the most prosperous port cities of the Crane. [8]

The Thousand Blossom Path was a small garden which stood in the center, [9] whose flowers were kept blooming all year through the magic of the Asahina Shugenja. In its center was a small dark stone, known as the "Stone of the Sun", and it was said to be the place where the Children of the Sun first set foot upon the earth. From it could be seen the Imperial Palace at Otosan Uchi. [10]

The Fantastic Gardens of the Doji occupied a large section pof the palace. Once Lady Doji's flower garden, her children maintained and expanded the garden after her disappearance. [11]

Eye of the Needle[edit | edit source]

The forest that laid not far from the castle walls was known as the Eye of the Needle, and was sacrosanct by decree of Emperor Hantei XXIII. [13]

Kyuden Doji was the preferred place for winter court under the rule of Hantei XX and hold three of them in a row in the 7th century. [14] It had hosted more Winter Courts than any other location in the Empire except Otosan Uchi itself. [15]

During the Clan War, the palace endured a Shadowlands assault with the aid of Mantis reinforcements. [16] In winter of 1127 the palace was destroyed, after a Lion attack was followed by the arrival of the Shadowlands forces of the False Hoturi. [17]

The palace had since been rebuilt, and it was given a uniformity of style and function that its predecessor lacked. [11] The palace was damaged again shortly before the Crane Civil War, but no signs of that damage remained. [5] 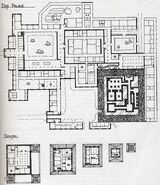 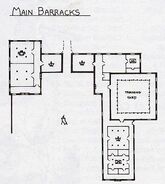 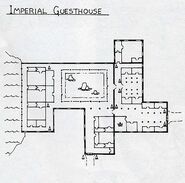 Imperial Guest House
Add a photo to this gallery 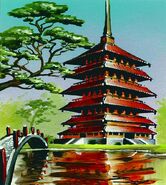 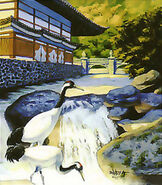 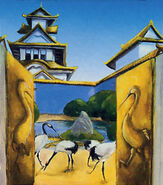 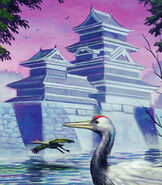 Moat
Add a photo to this gallery

Retrieved from "https://l5r.fandom.com/wiki/Kyuden_Doji?oldid=233393"
Community content is available under CC-BY-SA unless otherwise noted.